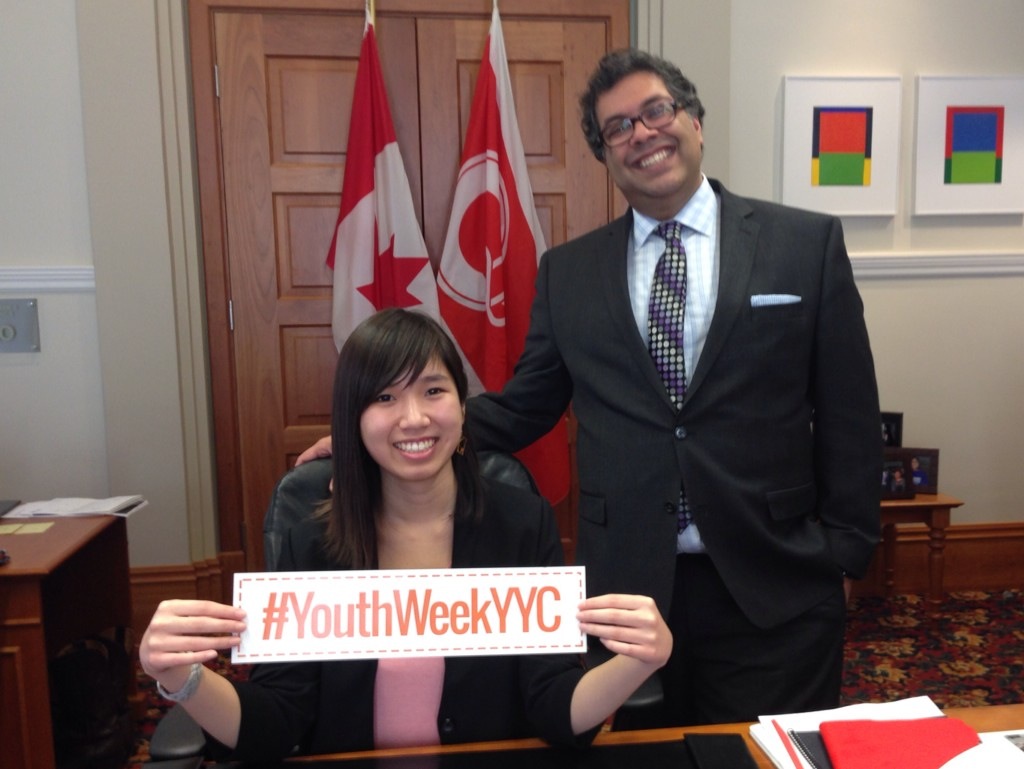 15 May Mayor for a Day Judy Tran

On April 23, Judy Tran from John G Diefenbaker High School was selected to shadow Mayor Nenshi as Mayor for a Day.

Judy was selected from 32 applications based on her essay, which shared three things she wanted to improve about the City of Calgary. Her ideas included improving customer service on Calgary Transit, improve pedestrian and cycling infrastructure, and invest in more cultural spaces for artists.

The Mayor for a Day contest is a partnership between the City of Calgary and Youth Central, and is a part of Youth Week. Read more on Mayor Nenshi’s blog here or in the Metro Calgary story here.

Mayor for a Day, Judy with Marc and Fuzzy! Thanks @985MorningShow for a great start to the day. @nenshi pic.twitter.com/Awy29WMz5z

Judy was a wonderful Mayor for the Day! Thanks @YouthCentralYYC and Mayor @nenshi pic.twitter.com/wBTIeaOGSz