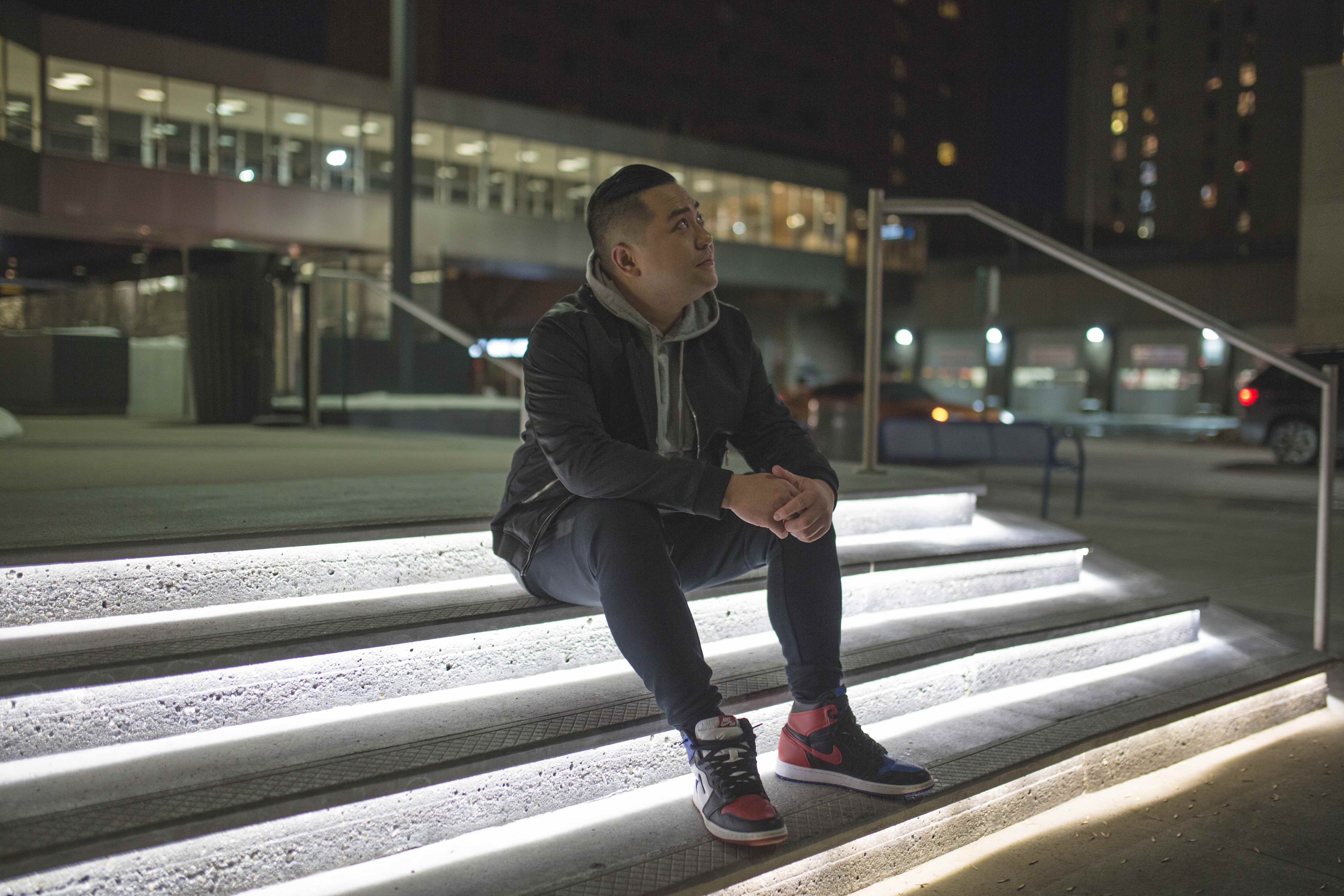 Posted at 18:25h in Alumni Profile by ros 0 Comments
0 Likes

To mark this milestone, Youth Central is profiling 25 of its alumni throughout the years. Youth Central’s Youth Are Awesome (YAA) program is helping out by interviewing and profiling the alumni. This article is written by Dhriti Gupta, one of the YAA Junior Editors.

As a part of the Youth Central 25th anniversary celebrations, myself and my fellow junior editors have had the chance to interview several amazing alumni of the program. I was lucky enough to come into contact with Andrew Phung, former Program Director of Youth Central from 2006-2010, and Director of Special Projects from 2010-2013. Now, Andrew is an-award winning actor improviser, and emcee, best known for his reprising role on the CBC comedy, Kim’s Convenience.

Andrew began his journey with Youth Central in 2004, working on their Youth Week Adult Committee. While working at the Village Square Leisure Centre, he was approached to the join the Youth Week committee:

“I didn’t know what I was getting into but I immediately loved it. I was finally doing cool stuff, planning a fun event, meeting people, using my skills. Working on a committee was such a joy.”

After university, Andrew was working a standard 9 to 5 office job and quickly realized that lifestyle wasn’t for him, so when Youth Central reached out with a job offer, he took it right away.

“In short, it changed my life. I had such a wonderful opportunity to learn and figure out who I was as a person and a leader. I met the most amazing people and had someone like Penny Hume mentor and guide me. My favourite memories are around the staff. We did such cool things and really changed how youth organizations work with young people.”

Since his departure from Youth Central back in 2013, Andrew has gone on to win the 2017 Canadian Screen Award for Best Supporting Actor in a Comedy series for his exceptional performance as “Kimchee” on CBC hit comedy, Kim’s Convenience. The show is now in its second season and follows the lives of a Korean-Canadian family running a convenience store in Toronto. This year, Andrew was also voted Best Local Actor by Best of Calgary. He attributes his strong work ethic to skills he gained while working with Youth Central.

“Volunteering and my time at Youth Central taught me about hard work. When you work in a non-profit, nothing is easy. You work for everything! I spent years encouraging youth to chase their dreams and I decided to that myself. Leaving the organization was scary but I know my time at Youth Central and as a volunteer in the community have prepared me to take on any challenge.”

Now, Andrew can often be found in Toronto, continuing to perform improv, as well as film for Kim’s Convenience. His hard work and achievements within the theatre and broadcast industries continue to make Calgarians and Youth Central members alike, proud.

“Live in the moment. We’re often always focusing on the future or what’s next. We think of the next job, the next school, the next year, when we should just love the moment we’re in now.”