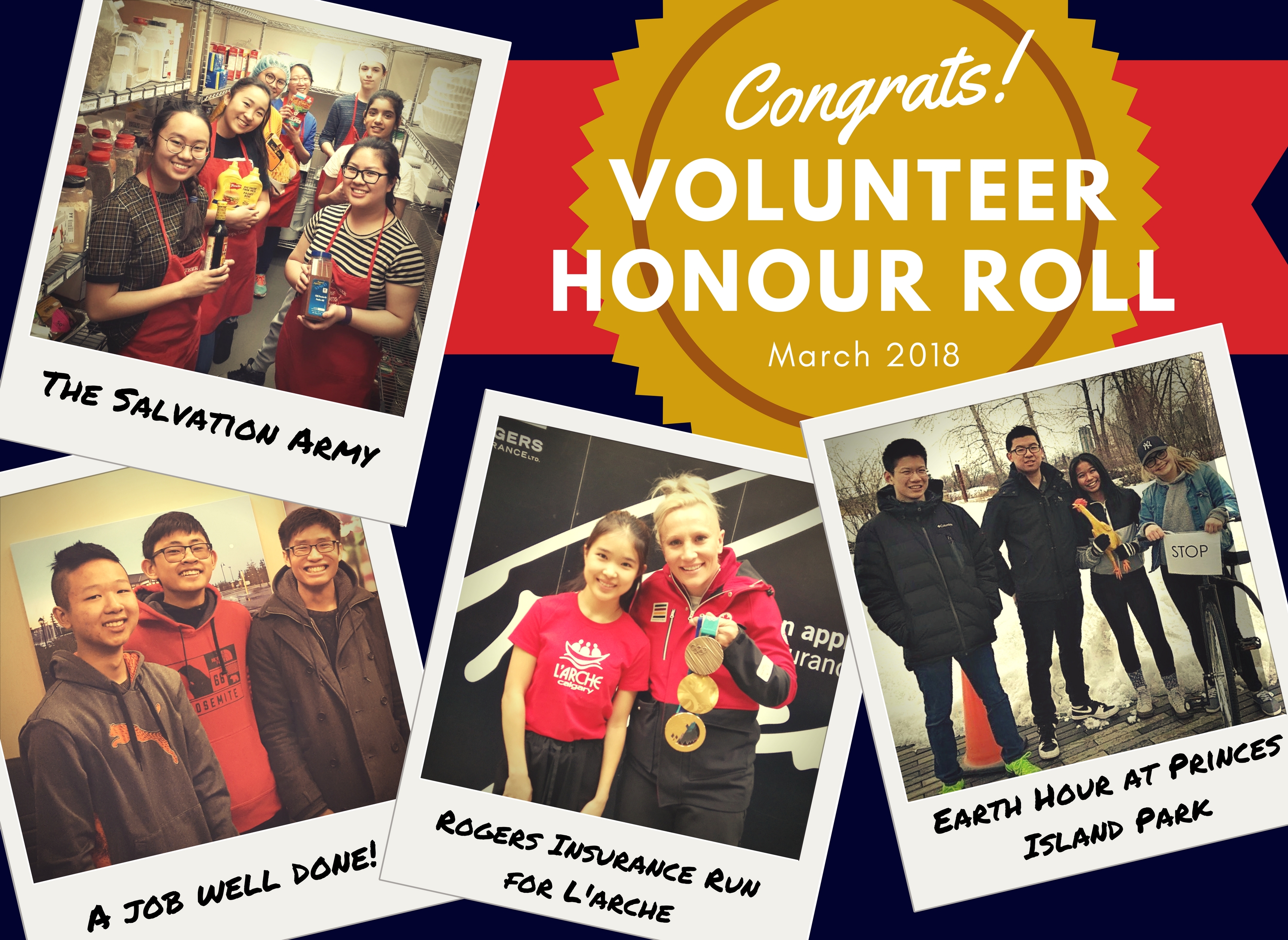 What is the Honour Roll? 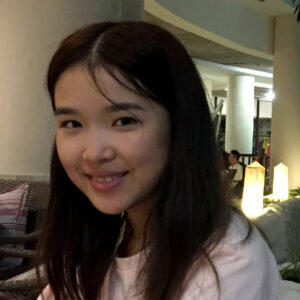 “Elaine never fails to impress me at projects. She is a mature, hard-working, positive, caring, flexible, engaged, and outgoing volunteer. I have had the opportunity to work with Elaine on a lot of projects, however, her work at the Festival des Sucres project really stood out. Elaine was working at the craft table and did an amazing job working with the children. She showed immense leadership, patience, kindness, cheerfulness, and creativity. She gave every kid the same amount of energy and attention no matter how late in the day it was or how busy the project got. She also displayed problem-solving skills when the craft supplies ran out, and came up with a creative solution so that kids could continue to do the crafts. Even though this project especially stood out, Elaine demonstrates this positive volunteer work at every project she goes to. Congratulations Elaine, this is well deserved!” – Madison

HaoJi has a rare quality of quiet leadership which is very powerful at projects. 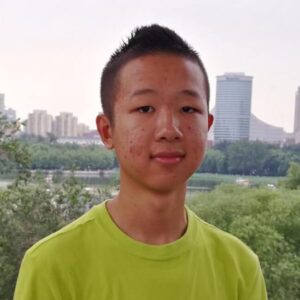 “I have worked with Haoji for two projects but his positive and outgoing attitude sticks out the most. I have not met many volunteers who are able to start a conversation with others and keep it going without having any push from someone else. Haoji is able to take over the reins and talk and introduce himself to others. Haoji is a wonderful team player and has no fuss when asked to perform a task and he does it wonderfully. Haoji brings not only a positive attitude but also a welcoming one that provides an environment for other volunteers to feel comfortable as well. Haoji portrays an attitude of a leader which is highly admirable. I appreciate having Haoji at my projects and I hope to work with him more in the future!” – Sree

“I have just started working with HaoJi on a recent project, but have been impressed by his work ethic and a positive attitude each time. He brings a grounding energy to the teams that he is on, is very inclusive, and is a great conversationalist!” – Adam

“From the time that I first met HaoJi, I have watched him consistently maintain a positive, can-do attitude at all projects. Regardless of what tasks are thrown at him and the environment he’s in, he never falters and always presents a positive example for other volunteers. HaoJi has a rare quality of quiet leadership which is very powerful at projects. The energy that he brings to projects has the ability to bring a level of dedication and excitement to a volunteer team that I don’t often see. I enjoy getting to work with HaoJi and look forward to future projects with him.” – Cristina

Owen is proactive in engaging with the public and can be a role model to other volunteers.

“Owen puts his best foot forward in a project. He is proactive in engaging with the public and can be a role model to other volunteers. It was a pleasure to work with Owen, and I see great potential in him going forward in volunteering! Great job, Owen!” – Melanie

“Owen is an awesome volunteer! I have seen him grow incredibly fast in very a short amount of time. Owen is a role model for every project he has attended, he takes initiative. It is great to have you onsite, Owen!” – Bhu

Watching Samson interact with both his peers as well as the seniors have been inspiring. 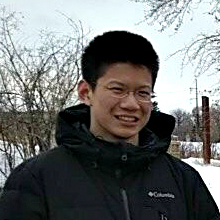 “Samson has such a bright personality, it is hard to find anything negative in the tasks he performs. He is cheerful and has no problem starting conversations with people he has never met and he gets along really well. Watching him interact with both his peers as well as the seniors have been inspiring to both me and his peers. Having Samson at the project is a pleasure and he does everything without being asked of him and I appreciate his get-go attitude. His positive attitude and energy bring a welcoming environment to the team that no one feels awkward being with him. Having Samson at my project has been a pleasure and I look forward to working with him more in the future!” – Sree

“Samson brings a cheerful energy to each project. His engaging personality creates a warm welcoming environment for all volunteers. He does his best to include and interact with all the volunteers on the team. Thank you for your positivity at projects, Samson!” – Bhu

“I have really enjoyed working with Samson at projects working with the elderly. He always brings strong leadership, initiative, and positive energy to these projects. I also learned that Samson is a good luck charm and always seems to increase the odds that the senior he is paired up with win Bingo. Way to go, Samson!” – Adam